Ravello, a resort town, home to iconic Cliffside gardens set 365 meters above the Tyrrhenian Sea by Italy’s Amalfi Coast. It earned a listing as a UNESCO World Heritage site in 1996.

A visit here is a must do as your core destination or as part of a multi-centre itinerary through Long Travel taking in all aspects of the Amalfi Coast. Famous for weddings the gardens at Villa Cimbrone and Villa Rufolo are beautiful. The Villa Rufolo which overlooks the Piazza Vescovado is the historical and cultural centre of Ravello. In its prime it was one of the largest and most expensive villas on the Amalfi Coast. In the 14th century it even hosted banquets for King Robert II of Naples and other Norman royalty.

The town of Ravello has now become known as ‘la citta della musica’ the city of music and Villa Rufolo has been the centre of an annual summer concert series that features piano concerts, chamber music and a grand orchestral performance on stage built overlooking the sea and rugged Amalfi Coast below. As for Villa Cimbrone it dates back to the 11th Century and is famous for its scenic belvedere, the ‘Terrazzo Dell’Infinito’ – The terrace of Infinity. The origins of its name come from the rocky outcrop on which it stands: this was part of a large estate with lush vegetation covering over eight hectares that was known as “Cimbronium”. These places have so much history through their gardens you have to discover them for yourself, it is worth a visit to one or both of these on your trip !

Every year in the summer months the Ravello Festival takes places in honour of Richard Wagner (a german composer). It is one of the oldest and most renowned festivals in Italy. Year in year out music lovers quarrel over the legitimacy of open air concerts, with their accompaniment of extraneous sounds and noises. For many years, Richard Wagner was the Festival’s presiding genius, and his music is still at the core of each year’s programme today. Ravello is also home to a a dazzling white, concrete glass structure overlooking the Gulf of Salerno, designed to reflect the swell of the sea, which is best known as the Duomo di Ravello – one of the coasts most beautiful churches. It also contains a small museum where you’ll find gold and silver work, sculpture, and a classic Campanian marble bust of a half-smiling woman from the Rufolo dynasty. Most impressive are the two medieval ambos, or pulpits: The earlier one, used for reading the Epistles, is inset with a mosaic scene of Jonah and the Whale. 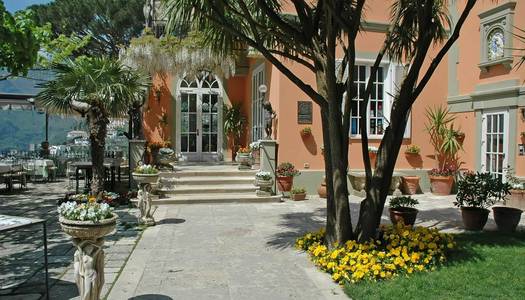 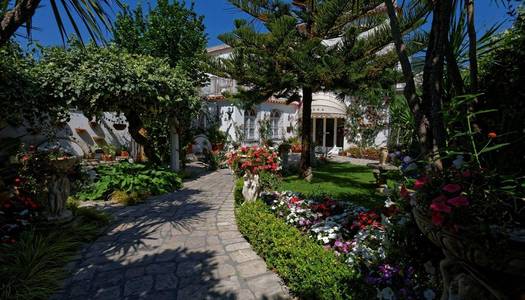 Ravello, Amalfi Coast, Sorrento & Ischia
Hotel Giordano
from £1,009pp
Based on 7 nights
View
View All Our Accommodation In Ravello

Ravello At A Glance

Ravello has been named the City of Music: With over 1,750 concerts played here

Towns to Visit near Ravello: Amalfi

Whilst in Ravello, do not miss: The Ravello Festival (usually 1 Jul - 30 Sep)